Home > About > Board Members

Elaine joined the Volunteer Now Board of Trustees in December 2014. Elaine worked for Ulster Bank for 37 years mainly within Marketing, Business Excellence and Human Resources and is now enjoying her free time. During her career with Ulster Bank Elaine was involved in Employee Supported Volunteering representing the Bank on the Volunteer Now’s ESV Management Committee and supported and encouraged her colleagues to get involved in volunteering as part of ‘make their business better’ and their own personal development. Elaine currently volunteers with Assisi Animal Sanctuary, brining all her valuable knowledge and experience to the Sanctuary Board as a Trustee.

Marc joined the Volunteer Board of Trustees on 4 September 2018. Marc has over 15 years’ experience in the sports sector working initially with the Scottish Institute of Sport and Scottish Hockey before relocating to Northern Ireland in June 2009 to work with Sport Northern Ireland. Marc specialises in governance and leadership with his role at Sport NI entailing working with sports governing bodies to improve governance standards across the sector and to assist professional and volunteer workforces build capacity to be well placed to manage public investment. Since leaving Sport NI in April 2018, Marc has established Progressive Edge, a management consultancy with a primary focus on working with voluntary sector organisations to build board capacity, develop strategy and apply best practice processes to their work. Marc is Independent Chair of Archery Northern Ireland and in that role is tasked with overseeing a period of change and growth for the sport in NI.

Nick joined the Board of Trustees on 4th April, 2017. Nick is currently Visiting Research Fellow at the School of Management, Trinity College Dublin and Associate Lecturer in Social Policy at Ulster University. He retired from a career of teaching and research at UU in 2015 and is currently a Trustee of the Voluntary Sector Studies Network, a UK wide charity registered in England and is a co-editor of the academic journal, Voluntary Sector Review: an international journal of third sector research, policy and practice. He is the co-author of two books and the author of a numerous papers and articles on voluntary action and its relationship with government in Northern Ireland, Ireland and Canada. Before embarking on his academic career in 1997, Nick worked for NICVA and Disability Action, the latter in a variety of management roles. He was on the Board of the Law Centre NI and was a founding director of Community Evaluation NI, serving as chair for three years. He brings research and policy analysis skills to the Board and extensive knowledge of international research on volunteering and voluntary action more generally.

Ian joined the Volunteer Now Board of Trustees in October 2019 and has spent the past 13 years working across the media, marketing, engagement and communications in Northern Ireland. In his current role with The Prince’s Trust he is a member of the senior management team, leading the strategic direction of the organisation in Northern Ireland. In his current role as Head of Community Engagement at The Prince’s Trust, Ian is responsible for the direction and support of volunteering, marketing & communications, youth participation and partnerships. As the son of cub scout leaders, the importance of playing a part in your community has been instilled in Ian from an early age and he has always been an active volunteer.

Nathan works as a solicitor in Cleaver Fulton Rankin in Belfast. Nathan specialises in a range of areas including charities and social enterprises, business immigration, employment law, data protection and commercial contracts. Nathan graduated from Durham University and has been working in various roles in the legal sector since 2012 including time spent working as a paralegal in Belfast and Doha, Qatar. Nathan enjoys assisting in raising money for Cleaver Fulton Rankin’s charity of the year and as a keen runner has completed three marathons for various charitable causes.

Chris joined the Trustee Board in December 2020. He has served two elected terms in Ulster University Students' Union as the Vice-President for Sport and Wellbeing between July 2019 until the end of his second term in July 2021. In this role he was instrumental in developing a new engagement platform in the form of a podcast called "The Student Show". Other projects included helping form a new strategic plan, develop Wellbeing Initiatives, as well as taking a leading role in writing new byelaws and representative structures for Sport in the University. His academic background focuses on Business and Sport as reflected in his MSc in Sport Management and BSc in Sport: Theory and Practice, both accredited from Ulster University. Chris has been involved in Volunteering projects since 2012, with being a football coach and manager for a group of 2008 born aspiring footballers for 3 years, as well as raising money for Mid-Antrim Animal Sanctuary while running the Larne Half-Marathon in March 2015. Aside from that he has Volunteered his time to a number of projects for the Antrim and Newtownabbey Borough Council, the Irish Football Association, and Ulster University Sports Outreach Department. Following Chris' tenure in UUSU, he hopes to start his career in a 3rd Sector organisation.

Helen is the Volunteering and Participation Manager for National Museums Northern Ireland where she is responsible for development of volunteering strategy and practice within the organisation. After graduating from University of Ulster with a degree in fine and applied art in 2002, Helen began volunteering within the community arts sector with a diverse range of groups, such as Belfast Travellers, various older people’s groups and youth groups within disadvantaged areas. It was through this experience that she became passionate about what well managed volunteer involvement could bring to organisations and the people they support. Helen has worked as a volunteering development professional for 13 years with organisations such as Barnardo’s, Volunteer Now and Action on Hearing Loss where she successfully led the organisation through the Investing in Volunteers standard. She has an interest and experience in topics such as organisational culture change and leading beyond your authority, having recently explored both as a Common Purpose alumni. Helen also brings experience and knowledge of writing and embedding strategy, influencing, partnership working and networking skills.

Jenny has worked in the world of community development for 16 years and has a rich history in volunteer management within community organisations including: youth, older people, addictions and mental health. Her role in the leadership team at Mid & East Antrim Agewell Partnership, an older peoples charity in Mid & East Antrim includes managing the service delivery for a number of health related contracts, as well as building capacity in local community groups around funding, governance and project management. As a strong advocate for the voluntary sector, she has previously served on a number of third sector voluntary boards including Kells and Connor Pre School and The Alternative Medicine Theatre, as well as holding the coveted position of the Boardroom Apprentice for the Northern Ireland Charity Commission in 2018/2019. As part of her ongoing personal development, Jenny is currently studying for a Post Graduate Diploma in Leadership and Management for Health & Social Care.

Martin is a Chartered Banker who worked for many years in AIB Group/ First Trust Bank, and more recently as NI Regional Manager for Charity Bank. While at First Trust, he chaired the Staff Charity Committee which had a number of very successful fundraising partnership with local charities. His role at Charity Bank dealt specifically with a range of charities and social enterprises across Northern Ireland., In the voluntary sector Martin was a Director of Building Change Trust where he was a Board member and Chair of the Finance sub-committee. Prior to becoming a Volunteer Now Trustee, he was an independent member of Volunteer Now’s Audit and Risk Committee. Martin also chairs his local church’s Finance Committee. In his spare time he describes himself as a music aficionado, and a sideline consultant for his youngest son’s football team.

Samantha McClatchey joined the Volunteer Now Board of Trustees in January 2021 and has spent the last 8 years working in the recruitment industry with Lucas Executive Search. She has worked on many senior executive and Board appointments across the public, private and voluntary sector. She has a love of animals, specifically dogs and volunteered for a number of years at Almost Home, an animal rescue centre and welfare charity. With a background in psychology and HR, Samantha has experienced first-hand the personal benefits that volunteering offers.

Philip joined the Board of Volunteer Now in 2018. He is an economist and spent most of his career working in the private sector with PwC. He has always taken an interest in the voluntary sector and the role of social enterprise in the economy and has served as a member of a number of boards including 12 years as a trustee of Community Foundation NI. In 2009 he was appointed as one of the first board members of the Charity Commission for NI where he chaired the Audit & Risk Committee. Philip is also currently chair of the Board of Governors of Friends School Lisburn. 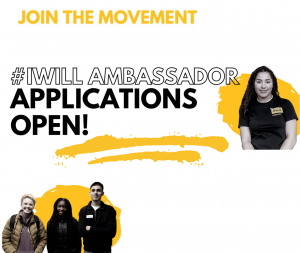 We’re looking for changemakers, trailblazers and community heroes from all over the UK to join the #iwill movement as an Ambassador!  If you know a young person aged 10-25 in England, Northern Ireland, Scotland or Wales who is making a positive difference to their community in any way, we’d love to hear from them. #iwill […] 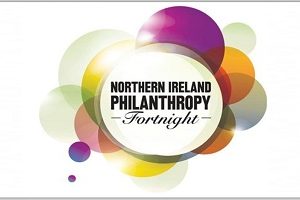 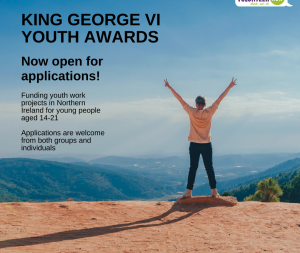 The King George VI Youth Awards Panel is now accepting applications for youth work activities with young people aged 14-21. Your group must be based in Northern Ireland and your project must be part of a curriculum based youth work programme, linked to the Youth Work Curriculum. Applications are also accepted from individual young people. […] 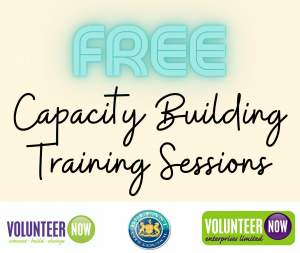 Volunteer Now are delivering a range of FREE capacity building training courses to groups based in the Belfast City Council area.  Each course is being delivered face-to-face and online – please choose the one which suits you. The Code of Good Governance Healthcheck This governance healthcheck is a self assessment tool which has been devised […]